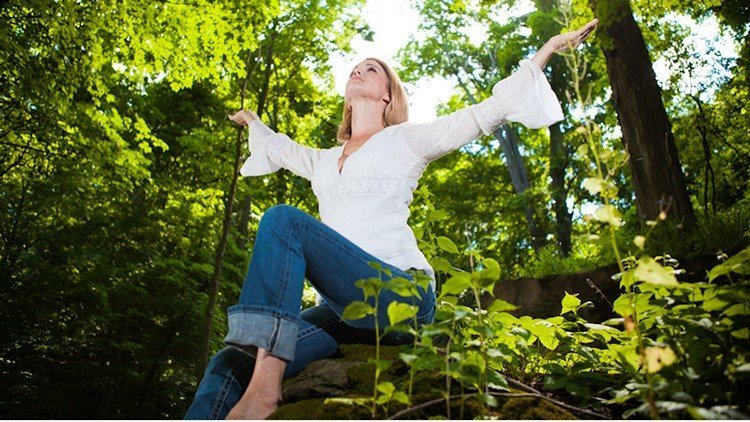 The Luck of an Intervention

Have you ever had an intervention?

Ever had an earth angel give you a loving shove out of your comfort zone?

Ever wonder why some people bother interfering in your business?

This week marks the 7th Anniversary of my business, Front Door PR. It’s been through a couple iterations over the years but at its core it’s always remained true to its original vision.

I couldn’t have even imagined seven years ago when I showed up with bottle of wine and 16 pastries at my dear friend Nicola’s birthday party, that she would have arranged for it to be a party of 2 (rather than the gang we usually celebrated these events with), and that she would have already put the wheels in motion to get me out of my head and into the beginnings of a business I thought I had no business being in.

My friend was a successful TV host, producer, wellness advocate, and meditation and yoga teacher. She was fun, popular and quite the bossy boots sometimes. If she told you you should do something, somehow, you just did it. Not because she was a bully, but because somehow she just knew.

She declared, with absolute certainty, that starting the following week I was going to start a PR Agency.

I told her she was crazy.

See, I had been a TV producer who had transitioned into the financial industry – a move that started out great until the aftereffects of the recession really took its toll in 2009/2010.

Throughout my career, I had always helped friends get media exposure, provided media training, connected them with reporters, put together marketing plans, consulted on their PR challenges, but despite an early stint working in PR, and having taken and TA’d a PR course in University, I never felt that I was ‘qualified’ to offer the services.

She had been watching, and she thought otherwise.

I beseeched her to be real. I wasn’t looking for another business. Where did this idea even come from?

More importantly, I asked, who on earth would hire me?

Quoting the Dalai Lama, she smiled and said, ‘If you put it out there, they will come’.

Now what kind of mumbo jumbo was that?

She would give me the weekend to come up with a name, my service offerings and a simple blurb about me, my experience and my new business bio. I was to meet her and a mystery web designer, whom she had arranged to create a very simple website to get me started, first thing Monday morning.

Throughout the weekend she would call me and check in, vetting the many unsuitable names I came up with. Finally, on Sunday afternoon she gave a thumbs up to my original business name, Speak Boutique.

It seemed fitting. If you know me, you know why.

Monday morning, I met up with her and the web designer, who it turned out was my former Editor/Switcher, and we sat down to hash out the details.

As we wrapped up the meeting, me, armed with a list of to-dos, a new logo (graciously designed by the web developer), and a head screaming out internally every possible reason this was insane, and questioning how had I ever even gotten myself to agree to this, I turned to her and asked:

“So how is this going to work now? How will I get clients, especially since I’m working in finance? Who on earth is gonna pay me to do this for them?”

“I don’t know, doesn’t matter, just put it out there, they will come”.

Not two minutes later my phone rang. It was a colleague from my financial company who worked in a different office.

We never really talked and here he was calling me out of the blue. I wasn’t going to answer since we were trying to clear out of the coffee shop, but a voice told me to pick up.

“I’m great, just wrapping up a meeting” I said, “Is everything ok? Can I call you back in 5 minutes?”

“Sure, no problem, but quick, I just have one question really, can you get me on one of the Toronto morning shows? I’m doing a big event and would love to get the word out, and I have an amazing speaker that the media would love…and I’ll pay you whatever you need if you can help me out”

I swear, for one of the very few times in my life I was truly speechless (remember, I came by my business name honestly!).

His words echoed in my head.

The dumbfounded expression on my face somehow gave my friends the lowdown on our conversation.

“Hey, are you still there?”

We arranged to meet up later that day.

As I hung up the phone I found myself in a state of both disbelief yet absolute awakening.

Did that really just happen?

I slowly turned to my friend, who was smiling knowingly, and asked her: “What kind of White Witch are you?”

She just laughed, shrugging it off, as if this was some part of a script and I was just catching up to the storyline.

She had no doubt. See, they were coming.

That first job led to many introductions, which led to even more calls, which led to me learning, refining, building, and connecting to more people, more clients, and ultimately over the last 7 years, developing my boutique agency into what is now, Front Door PR, with a team of amazing colleagues and a roster of some of the most incredible human beings anyone could hope to ever work with.

I know I was lucky.

Lucky to have a ‘White Witch’ decide to intervene in my fate and set me on a new path.

There were many difficult and challenging periods. There were times I felt like a fraud despite feeling like I was finally in my own skin.

But every time I questioned, or struggled, I would ‘put it out there’, and every time, they would come.

My beautiful, giving, thoughtful friend, my ‘White Witch’, passed away 3 years ago.

Or maybe that was why. She was too wise.

But then again she was always a bit different.

I’d guess you’d have to be to host an intervention on your birthday.

Thank you Nicola, for opening the door! 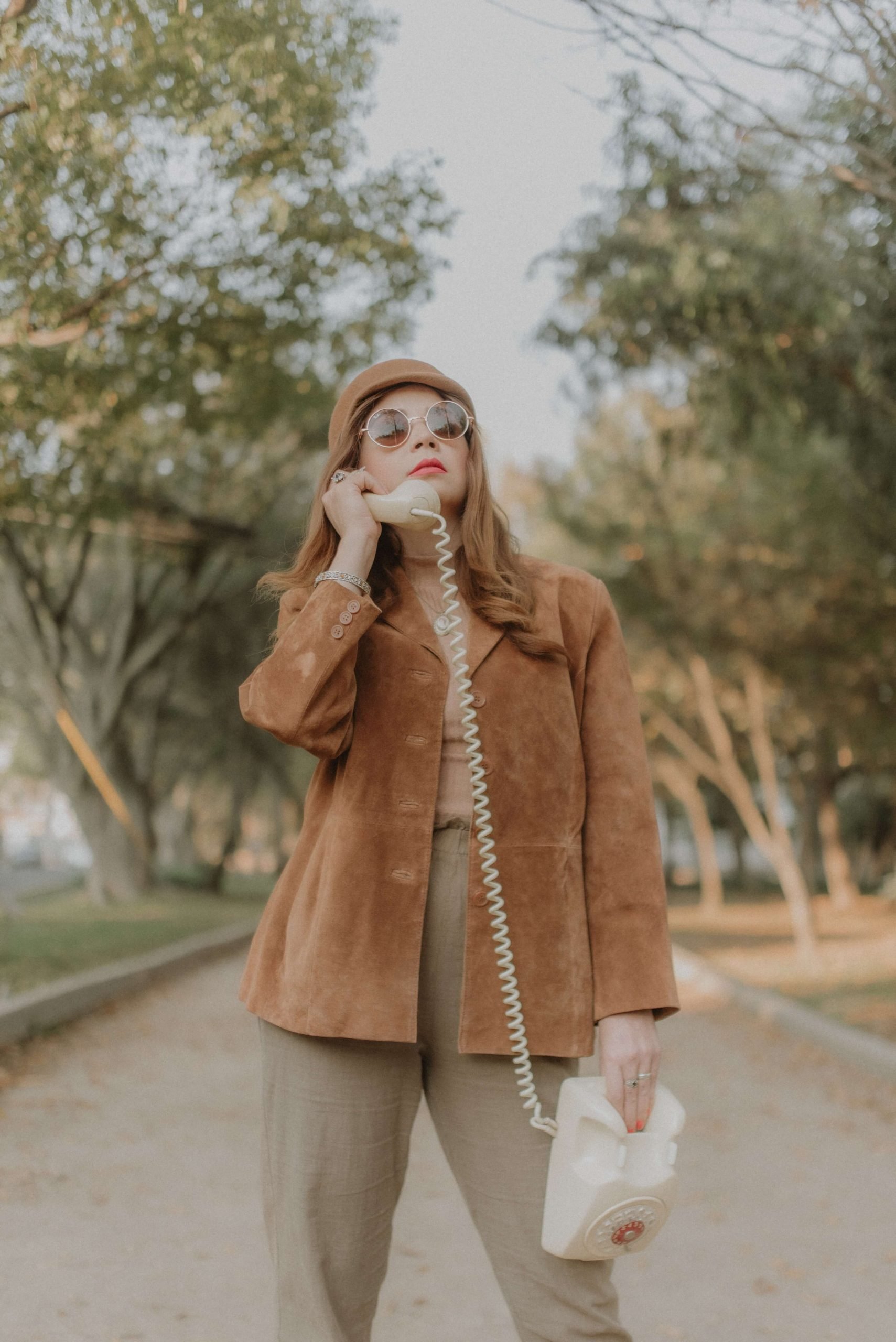 HELLO….IS IT YOUR PERSONAL BRAND YOU’RE LOOKING FOR?

From a young age, it was embedded in our heads to be “ourselves” and be “unique”. Who knew this would be setting us up for 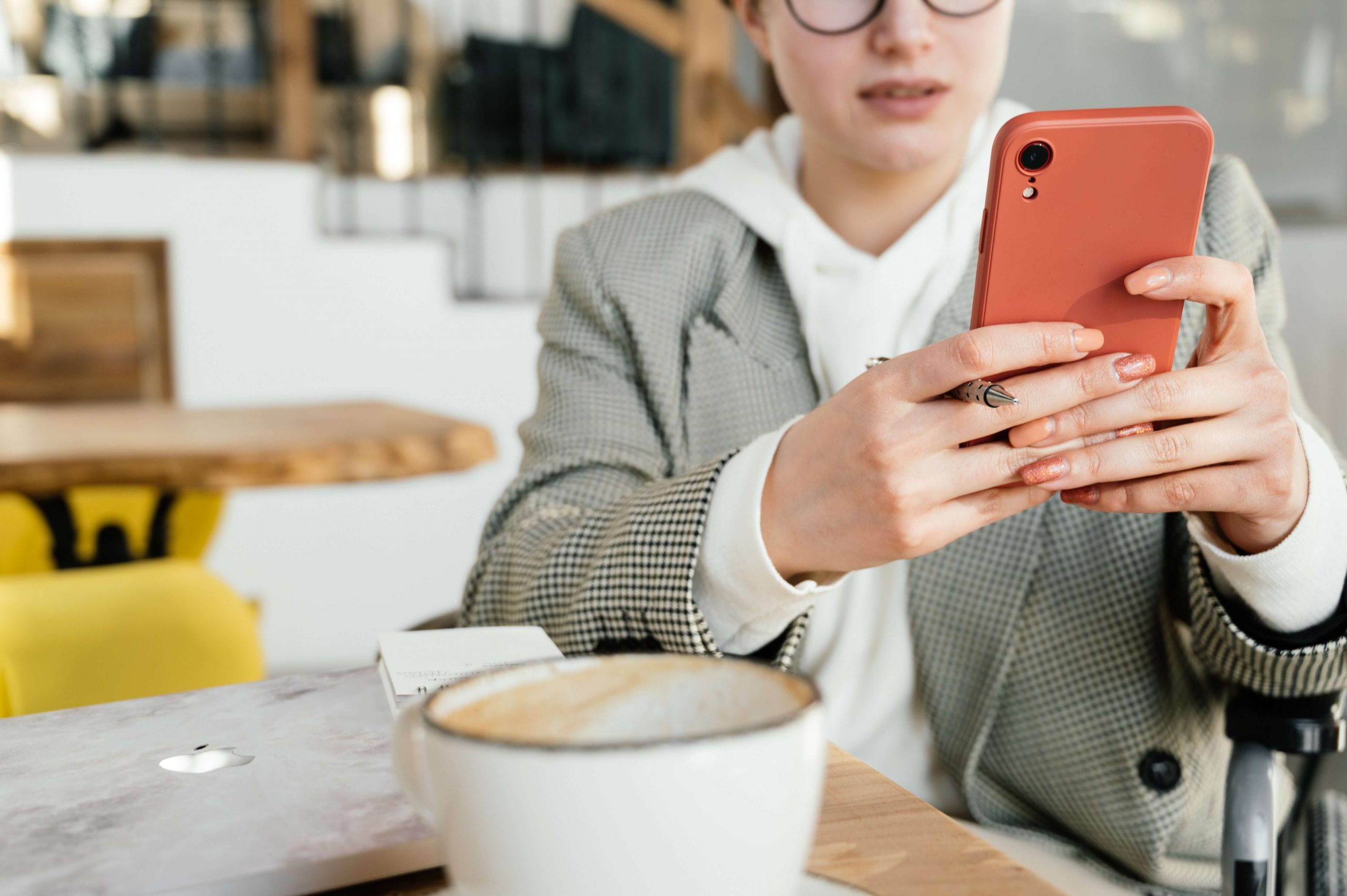 Remember the good ‘ole days of social media platforms, when Myspace reigned supreme and all you had to worry about was if you had made 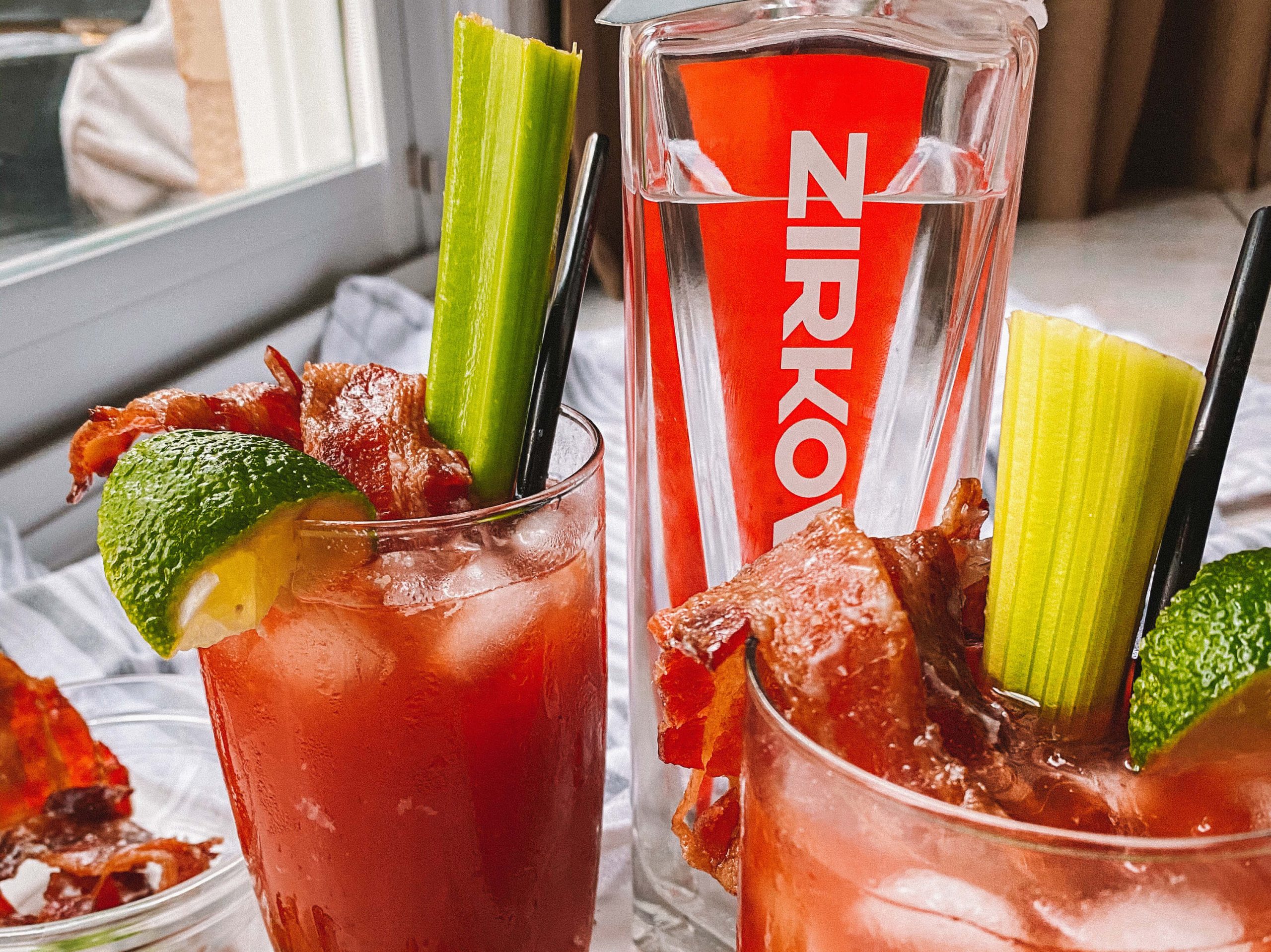 3 Ways To Take National Caesar Day Up a Notch!

Pull out the Clamato juice and all your fixins’ – National Caesar Day is here!  Did you know that the Caesar is Canada’s National cocktail? 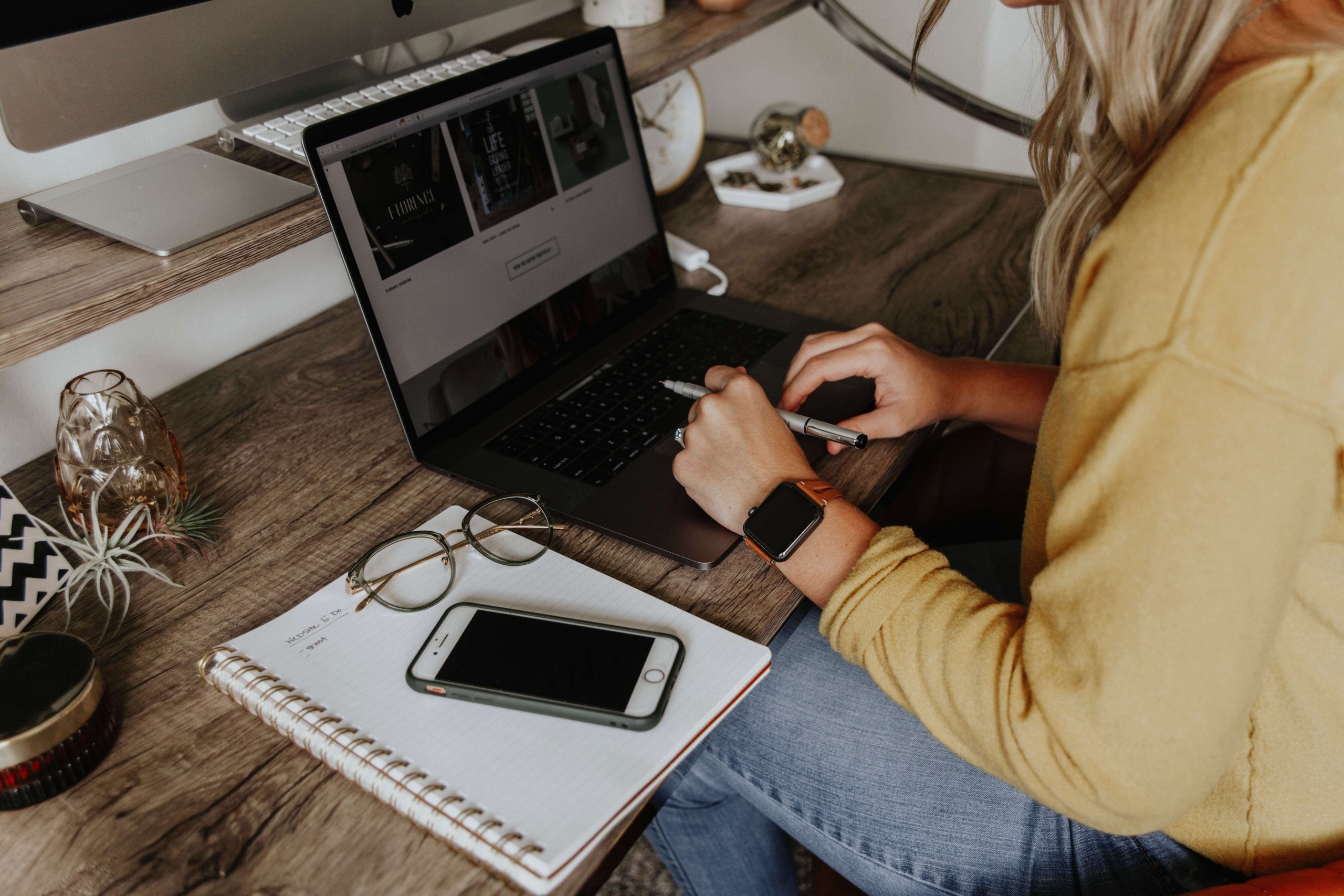 PIVOT! PIVOT! What the PR and Marketing Industry Learned from COVID

PIVOT! PIVOT! What the PR and Marketing Industry learned from COVID It goes without saying that every business, every industry, heck, even our own existence